Superpowered book: How 37 Technology Executives Found Their Leadership Mojo, and You Can Too

Are you a technology superhero stuck operating as your alter ego because leadership sees you as the person responsible for email and infrastructure instead of as a superpowered strategic partner? If you're:

This book can help! Available on Amazon. 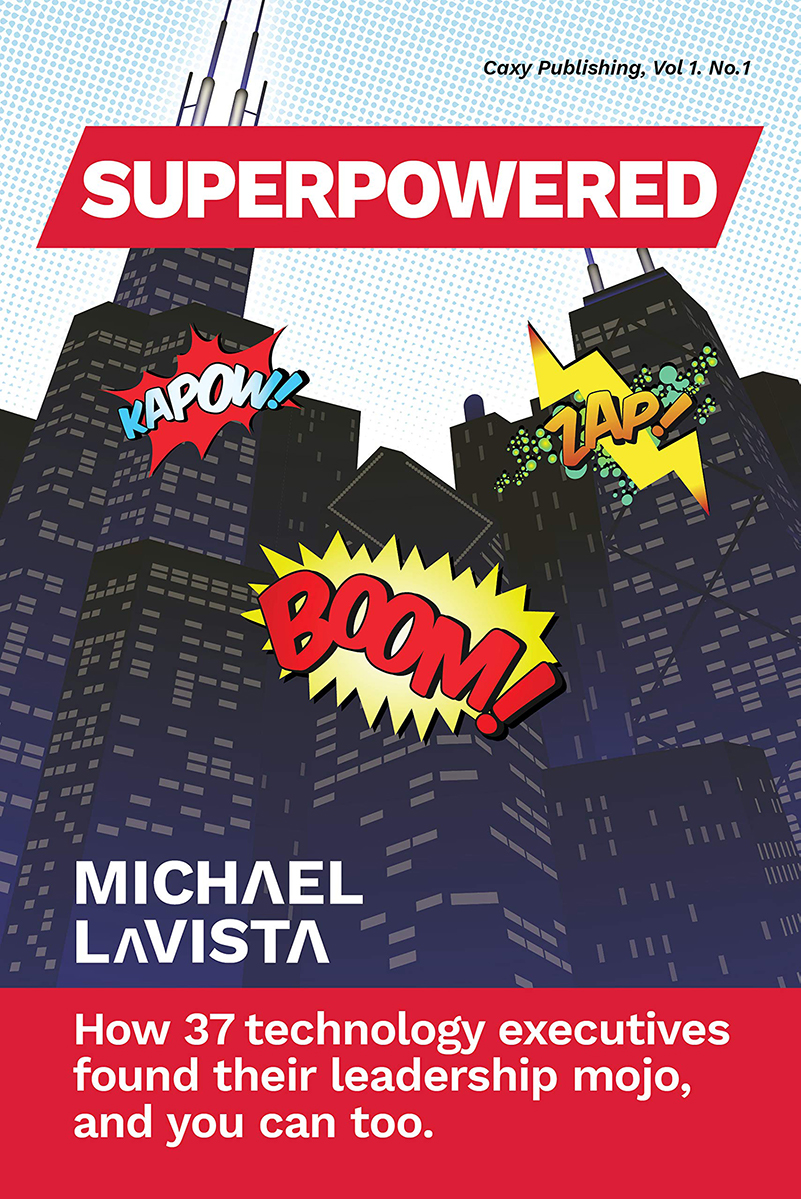 Over the past 20 years, Michael has acted as strategic advisor to dozens of CIO, CTOs, and CEOs on the development, evolution, and repair of mission-and business-critical software and so understands those roles as well as the problems and challenges they face.

In addition to running Caxy, Michael is also a musician who plays guitar in a local band. He resides in a northern suburb of Chicago with his wife, Angela, two children, Rocco and Blaise, and their dog, Oliver.